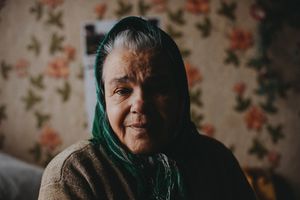 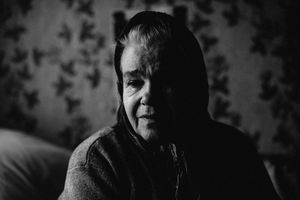 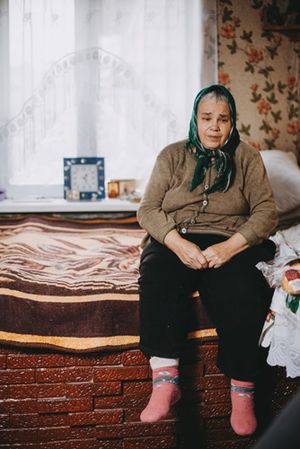 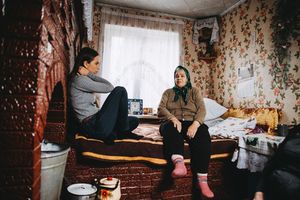 My family was one of the richest for generations; we had many, many acres of farmland – most of it apple and prune orchards.  Then came Soviet times; the state forced us to “sell” the fruits to them for pennies on the dollar.  Eventually, owning the land and having a business was a liability.

By the time I was a young woman, we were poor. My parents died, and I married a good man.

We had four children. The first died in a terrible car accident, the second died after birth when he contracted an epidemic at the hospital – 70 other children died there as well.  Our third son was playing in our field when he was six years-old, and my husband didn’t see him in the grass. My husband accidentally ran over him with the tractor.  We were devastated.

A few years ago, my husband went to sleep in the other bed because I wasn’t feeling well. I got up early the next day, letting him sleep in. It wasn’t until the afternoon I realized he was dead.

Since then, my life is a nightmare.

My one surviving son is married to a woman with epilepsy, and he works abroad to pay for her medicine. They’re busy worrying about each other; they don’t have anything left over to help me, and I rarely, rarely see him.

I’ve known sorrow; I swim in it. My life is miserable — I live alone and can’t take care of myself.  Diabetes makes it near impossible for me to walk and insulin is expensive. I can’t hardly start a fire in my wood burner to stay warm.

My total income per month [retirement and social security], after all my husband and I contributed to the state, is just $58.